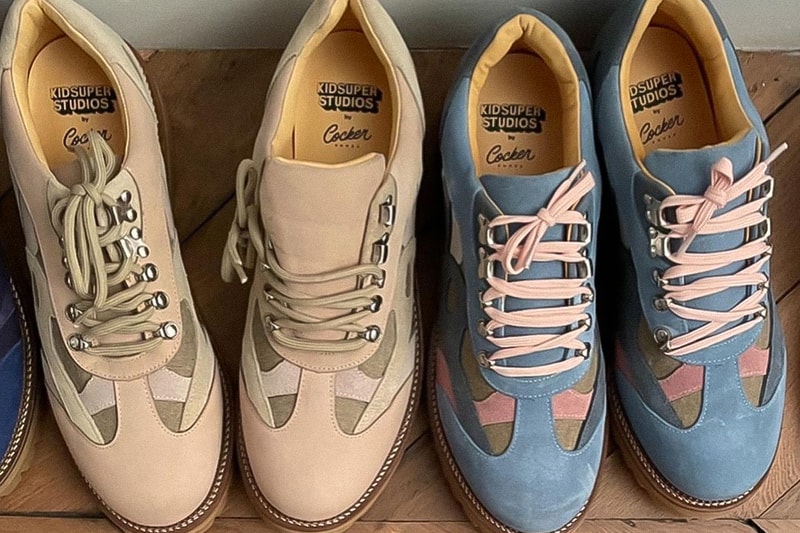 Colm Dillane’s KidSuper has offered an early look at its in-line footwear for the FW23 season, first spotted during the brand’s unconventional “FUNNY BUSINESS” FW23 show hosted by Tyra Banks. Currently referred to simply as Low Top Boots in purple, cream, blue, and black, the pairs were developed in collaboration with Brazilian footwear company Cocker Shoes which specializes in creating modern interpretations of classic silhouettes.The upcoming pairs from Kidsuper take the shape of a Derby with a number of distinct touches such as metal hook eyelets common amongst hiking shoes and ambiguously-shaped suede panels which create a layered collage across the uppers. Round tube laces run over the logoless tongue with co-branding found only on the insoles, and rounding out the look are thick, heeled Vibram sole units.With a release date still yet to be announced, KidSuper asks the community to come up with a suitable name for the low-top boots. Stay tuned for more details. View this post on Instagram A post shared by KidSuper (@kidsuper) View this post on Instagram A post shared by Cocker Shoes (@cockershoes)In other news, here’s a closer look at the Junya Watanabe MAN x Oakley Factory Team Flesh. 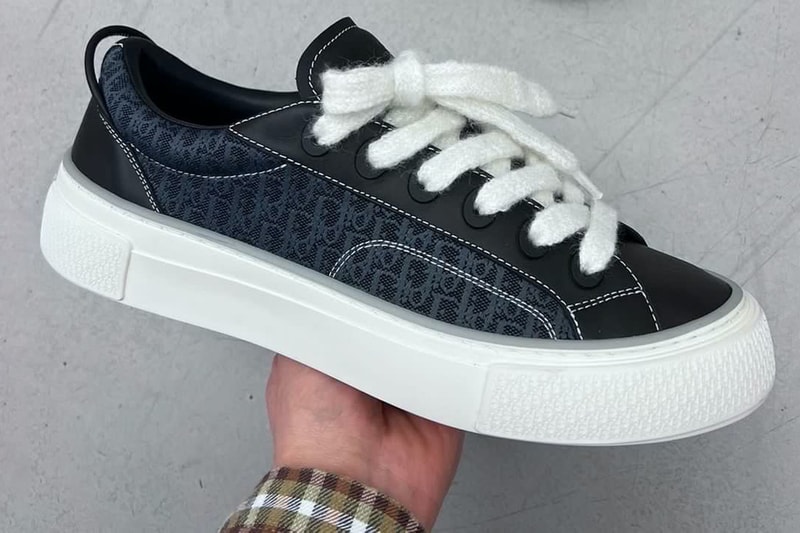 Despite it being early on in the year, Dior has made quite an impression already. From its Fall/Winter 2023 show in Paris to announcing BTS’ Jimin as the brand’s official global ambassador, Dior is evidently stepping up its game in all facets. Recently, Dior’s footwear designer, Thibo Denis also gave a closer look at the luxury house’s innovative 3D-printed FW23 Derbys.Known to give his followers a first glance at what to expect from the house of Dior, Thibo shared to his Instagram two new colorways of the Dior B33. Dubbing them as “winter colors” the B33 takes design notes from classic low-tops, making it an everyday shoe. Staying true to house motifs, the shoe reimagines the iconic Dior Oblique pattern. One pair features a black, navy and white color scheme, with the upper, heel and tongue appearing to be dressed in black leather and white stitching, while the lateral panel and collar seem to utilize a canvas material that features the navy Dior Oblique graphic. The same Dior Oblique pattern is also embossed on the mudguard and heel guard on the outsole. The other pair arrives in an all-white rendition, featuring the same oblique pattern on the glimmering, white canvas. Both soles feature the oblique pattern on the underfoot, as well.While there is not a confirmed release date, these pairs are expected to drop soon. Take a look below. View this post on InstagramA post shared by _thibo (@_thibo)In other footwear news, here is a first look at the Air Jordan 13 “Black Flint.” 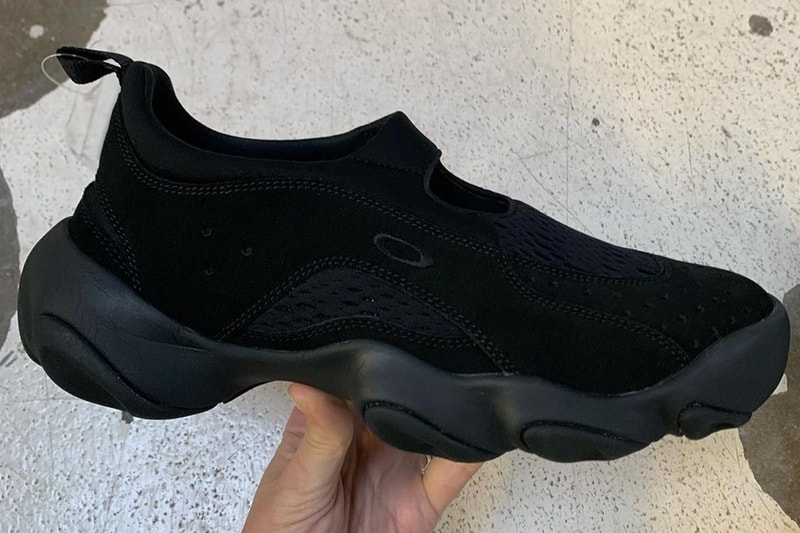 After they were unveiled at the Junya Watanabe MAN FW23 runway show during Paris Fashion Week, we now get a closer look at the Junya Watanabe MAN x Oakley Factory Team footwear via Kyle Ng and Elia Fornari from Brain Dead.Oakley Factory Team innovation lab is a joint venture between Brain Dead and Oakley launched in April of last year. The purpose of the project is to expand upon Oakley’s rich history of innovation and experimentation by injecting the DNA of archived products into new products via Brain Dead’s distinct lens and marketing matrix.The first model the Factory Team brought back was the classic Oakley Flesh silhouette, which now appears once again as part of the Junya Watanabe MAN collaboration as a laceless, no-frills, all-black silhouette, echoing the monochromatic and restrained nature of the collection. Also in the FW23 lineup are collaborative Oakley Factory Team Flesh Sandals featuring neoprene collars, lycra lining, suede paneling, window cutouts, and finger-like black rubber soles. Subtle Oakley logos are secured across both silhouettes and co-branding is visible on the insoles.Other collaborations presented in Junya Watanabe MAN FW23 include joint offerings from Carhartt WIP, Palace, Levi’s, New Balance, and Inerraum. Stay tuned for release details. View this post on Instagram A post shared by XKyle ?x (@farmtactics)Elsewhere in footwear, adidas readies the Orketro in “Aluminum.”