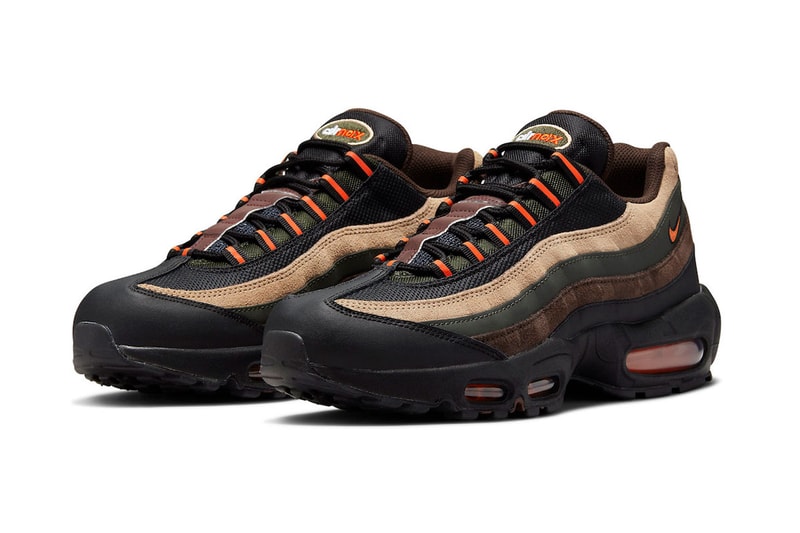 The Air Max 95, one of Nike’s quintessential casual footwear offerings, gets a warm-colored update that’s perfect for fall.Washed in dark army, orange blaze, tweed blaze and cinder, the Air Max 95 “Dark Army” features a blend of mesh, suede and leather materials. While the shoe’s upper features the fall-colored palette, the rubber sole comes in black with orange and clear air bubble cushions. Another accent on the silhouette includes 3M reflective detailing that runs throughout the tongue and heel.Earlier this month, Nike added the Air Max 95 to its Fall/Winter 2021 “Running Club” collection in a vibrant cobalt, orange and “Roma Green” colorway – featuring a nylon and suede construction.Check out the Nike Air Max 95 “Dark Army” above that is set to release in the coming weeks on Nike’s website and with select retailers for $170 USD.In related news, take an official look at the Air Jordan 11 “Animal Instinct.” 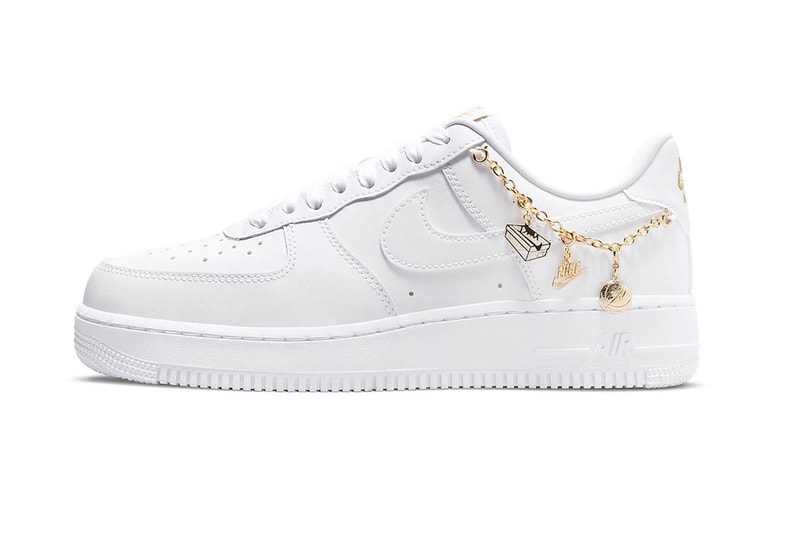 Nike’s Air Force 1 Low LX is the latest sneaker silhouette to be added to the brand’s “Lucky Charms” collection that previously featured the Air Max 90 and the Dunk Low Disrupt.The offering features the Air Force 1’s signature all-white colorway with a leather build and thick rubber sole. As part of the new collection, the shoe includes a gold chain with gold charms including a Nike shoebox, the Nike swoosh and a basketball. The gold detailing extends to the tongue tag and back heel that showcase the Nike name and logo in gold branding. Additionally, the shoe comes in a black colorway featuring an all-black leather upper, a white midsole and a white outsole. This version swaps out the warm gold tones for silver charms and branding.Check out the sneakers in the gallery above. Retailing for $110 USD, the Air Force 1 Low LX “Lucky Charms” are set to release in the coming weeks on Nike’s website and with select retailers.In related news, check out 10 sneakers that perfectly encapsulate the spirit of Halloween. 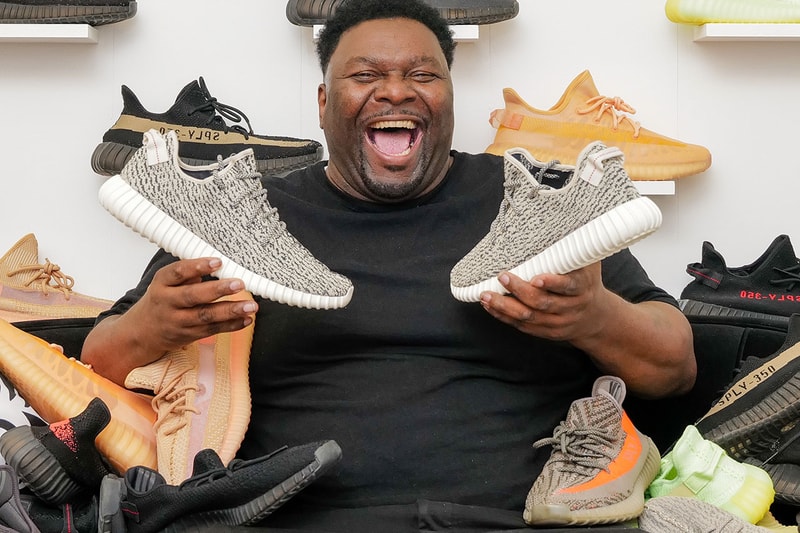