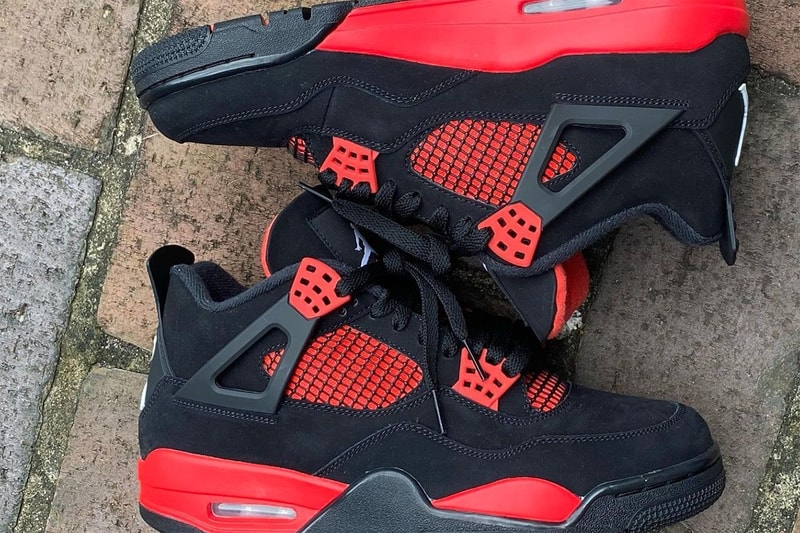 While Union LA’s Air Jordan 4 collaboration is now in the rearview mirror, the classic Jordan Brand silhouette still has plenty of heat left in the tank to shell out in the latter half of the year. This includes the highly anticipated revival of the Air Jordan 4 “Thunder” as well as the Air Jordan 4 “Red Thunder”, the latter of which has emerged by way of early imagery.This forthcoming iteration leans on Chicago Bulls colors for styling, the most prominent being a stark black which is called upon to dress the nubuck uppers, tongues, laces, cages heel counters and the netting. From there, “Red Thunder” accents lie beneath the netting, eye stays and the interior sides of the tongues. White branding is present atop the Jumpman insignias that are positioned on the tongues and heels. The sole units continue with the two-toned theme as its midsole is flooded with more of its nominal shading while the outsoles get a black finish.No release date has been confirmed yet, but early reports have these launching in early October 2021. Retail price will be the standard $190 USD.Looking for more sneaker news? Check out a closer look at the Off-White™ x Air Jordan 2 Low in black.