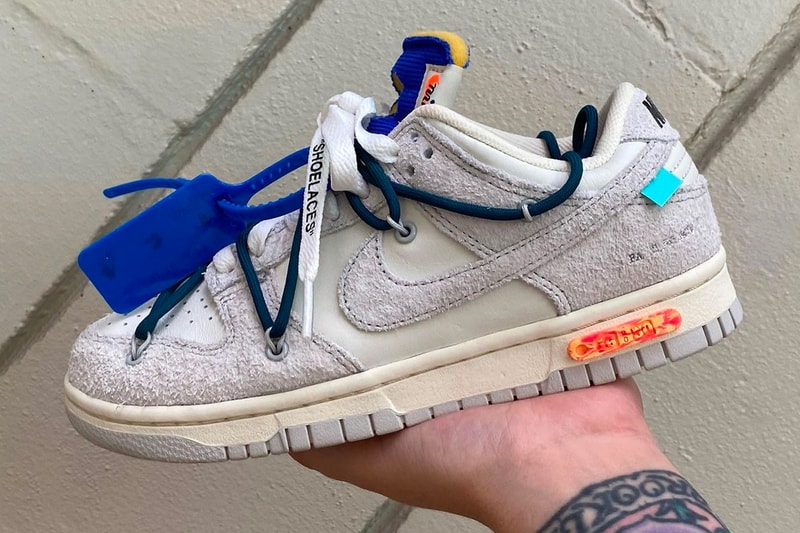 Joining the early looks of the iterations included in the Off-White™ x Nike Dunk Low “THE 50” collection, we now have a detailed look at the “16 of 50” take found in the expansive range of sneakers.The “16 of 50” features a cream-colored leather base accented by overlays of hairy gray suede with varying laces, zip-tie tag, numbered midsole badge and industrial text. Pops of color come in the form of teal tabs and contrasting bright blue tongues that help introduce exposed foam detailing. Finishing up the design of the shoes are cream-colored midsoles and gray rubber outsoles that match the upper marked with swirled orange “16 of 50” badges.The “16 of 50” iteration is set to release as part of the Off-White™ x Nike Dunk Row “THE 50” collection releasing sometime this fall. View this post on Instagram A post shared by Teddys SoleHouse LLC (@teddyssole)For more footwear news, sneaker bots took over the release of Travis Scott x fragment design x Air Jordan 1 High. 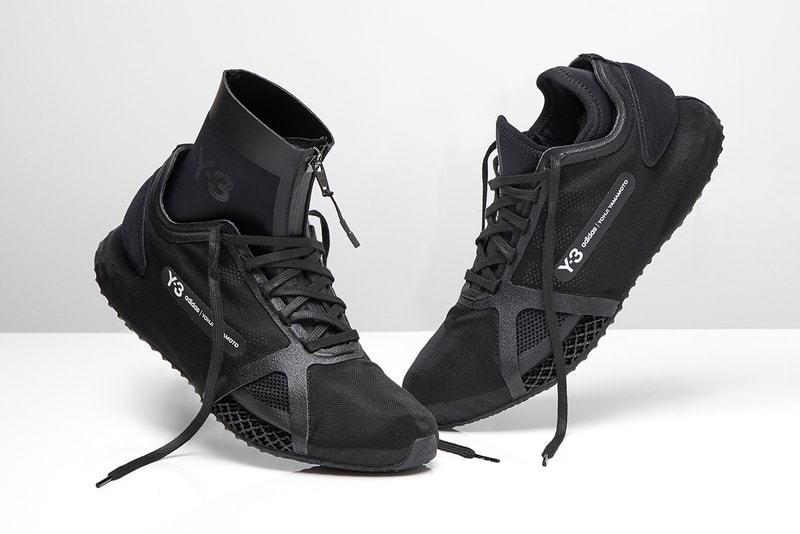 Hot off the heels of unveiling its latest QISAN COZY and AJATU RUN silhouettes, the adidas Y-3 family is further advancing its footwear catalog with yet another model titled the Y-3 4D IOW Runner. The concept behind this latest piece is duality as it has the capability to switch between a mid-top and a low-top. The offering is primarily manufactured from a breathable mesh material that forges its upper half and it comes packaged with a duo of modular neoprene inserts that allow wearers to go back and forth between its heights. Its foundation is sleek in style and bears a synthetic overlay that runs from the heels to the throat and down onto the forefoot and a suede panel parks itself out on the back end. Branding is found via monochromatic Y-3 hit on the mid-top insert as well as the lateral walls which host traditional adidas Y-3 branding in white. Its cushioning system features a technical 4D midsole that’s only exposed at the forefoot on the lateral side. A tiny Three Stripes emblem also makes an appearance on the front end of the kicks. Looking to cop? The Y3 4D IOW Runner is available to buy now at Aphrodite for £399 (approx. $555 USD). Elsewhere in footwear news, the upcoming adidas YEEZY BOOST 700 V2 “Mauve” has been revealed. 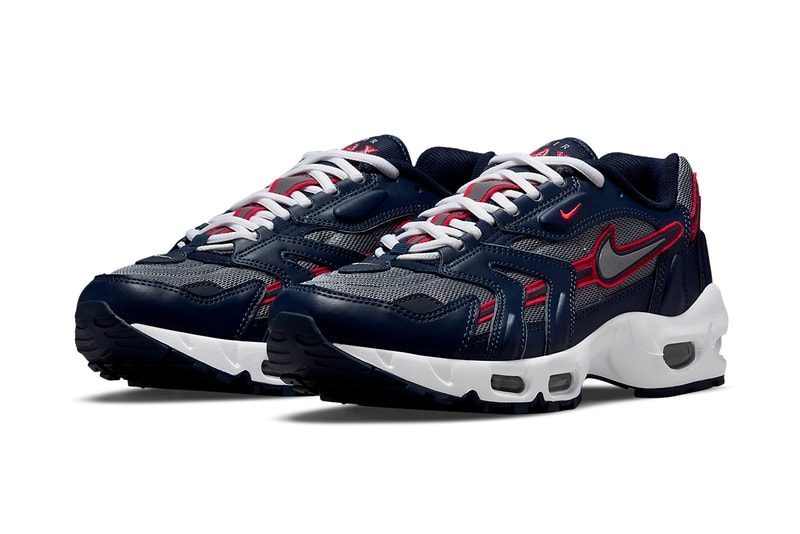 It’s been 25 years since Nike officially debuted Air Max 96 II — a silhouette that served as an iconic transition piece between the Air Max 97 and Air Max 95. Lately, the model has seen a strong resurgence on the market by releasing in both retro and modern colorways, and now it has emerged in a striking “Midnight Navy” palette.While this iteration isn’t officially tied to Team USA, it’s color palette is certainly reflective of the Olympic national squad. Its nominal color is used to tap onto the the upper’s leather overlays, tongues and interior lining. Bold red accents reminiscent of the stripes on America’s flag spill onto the throat’s banner, tiny Swooshes placed near the ankles, heel overlays and mid-foot trim. Lying beneath all of these aforementioned layers is mesh that is coated in a “Cool Grey” hue. Additionally, the heels and insoles are ornamented with five stars, the former of which see through to gray finishes while the latter deviates with a navy tone. Semi-chunky midsoles are cooked up with white walls and the outsoles finish its design off with a navy exterior.These have released already via Nike Japan but a stateside drop is likely coming soon.Looking for more footwear news? Peep an official look at the Travis Scott x fragment design x Air Jordan 1 Low.