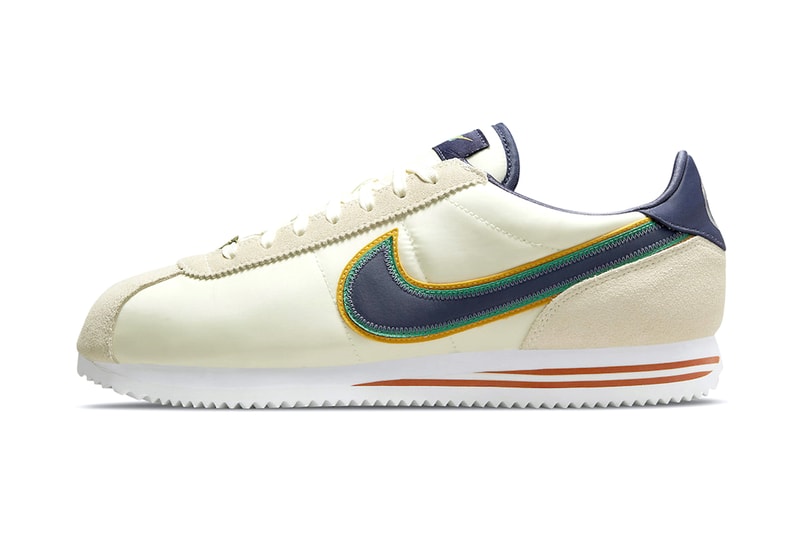 Nike’s newest take on the Cortez is a nod to the silhouette’s rich heritage. Named “1972,” this colorway is a nod to the shoe’s debut year, bringing back a handful of vintage-inspired details.The shoe is designed with some retro palettes like “Coconut Milk,” “Obsidian,” “White,” “Crimson,” and “Green.” A small navy tongue tag rests at the top of the shoe, complemented by the heel and tri-toned Swoosh on the sidewalls. Beige suede panels appear at the eyelets, toecap and rear quarter, while the rest of the shoe’s body sports a light cream palette. As a finishing touch, the shoe boasts a crisp white midsole, detailed with two thin red lines around the heel to complete the shoe’s nostalgic look.Though no official release dates have been unveiled, Nike’s Cortez “1972” is expected to land on the label’s website for $90 USD.In case you missed it, here’s an official look at the Nike Dunk Low “Sunset Pulse.” 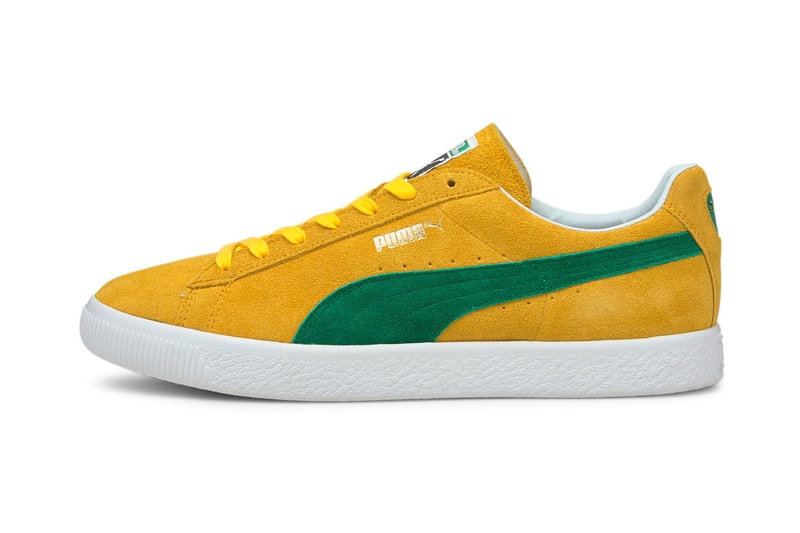 PUMA’s low-top Suede silhouette has been worn by the label’s enthusiasts and iconic athletes alike ever since it was developed back in 1968. The company is now commemorating its longstanding footwear option by releasing special edition Suede Vintage sneakers that were made in Japan. The perennial sneaker is now outfitted with signature Japanese craftsmanship and special details.Recognizable features include the vamp which is much shorter than the original, the tongue which features a raw edge and the unmissable PUMA Suede logo which has been swapped with a metallic PUMA No.2 insignia. Other specs include full lace closures with additional laces included in every purchase, contrasting formstrip overlays at the side portions, and rubber midsoles as well as outsoles for unparalleled grip when worn.Check out the the three MIJ options for the Suede Vintage silhouette above which is now available for purchase in three distinct colorways: “Spectra Yellow-Amazon Green,” “High Risk Red/ Puma New Navy,” and “Gray Violet/ Puma Black.” Pick up a pair now on PUMA’s website for $180 USD each.Elsewhere in footwear, Reebok unveiled its premier Road Modern in “Pure Blue” and the DMX Trail Shadow in “Clay Red.” 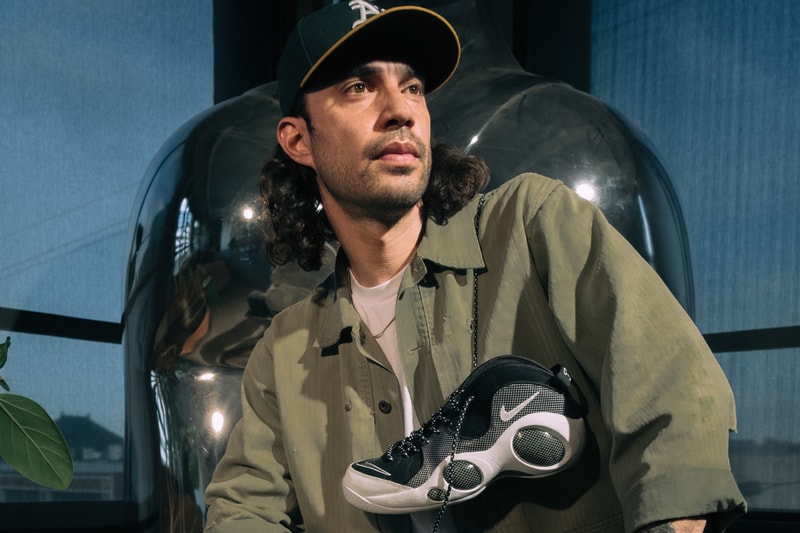