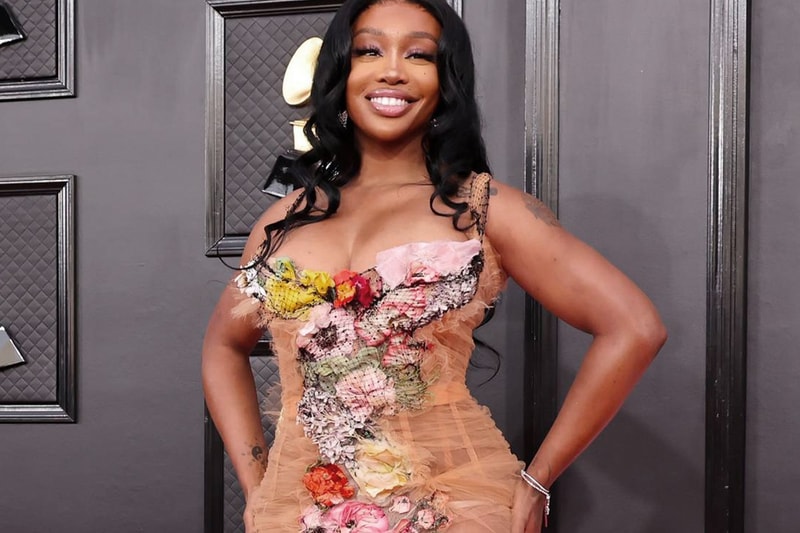 A Crocs collaboration with SZA appears to be on its way and fans have received a sneak peek thanks to Kim Kardashian. The Grammy-award-winning hitmaker, who is expected to make her Crocs debut at the beginning of May, sent Kardashian a PR package for the shoe, which was then posted to the global reality star’s Instagram Story. Kardashian posted an image of the Crocs and a pair of slides with the brand’s branded foam material. The R&B singer appears to have designed the collaboration with the Earth in mind. The footwear comes in a faux wood grain print, featuring a slew of nature-inspired Jibbitz including a flower, a fish, the recycling sign and a mushroom amongst others. The clogs also feature a friendship bracelet-esque strap that reads “SZA” along with other charms. Back in July 2021, SZA teased fans by asking on Twitter, “If I made some custom crocs would u buy em?” Now it seems that the project has come to fruition a few months later. SZA is not the first high-profile star who has collaborated with Crocs. In the past, Crocs has collaborated with Post Malone, Bad Bunny, Balenciaga, Salehe Bembury, to name a few. Thanks to Kim Kardashian, fans can take a look at what to expect for SZA’s upcoming Crocs collaboration.SZA HAS A DEAL WITH CROCS??? BITCHHSHDJCJCVVC pic.twitter.com/30rwPoYSsx— #cam (@cryinginkauai) April 29, 2022In other footwear news, the Nike Dunk High receives a patriotic makeover. 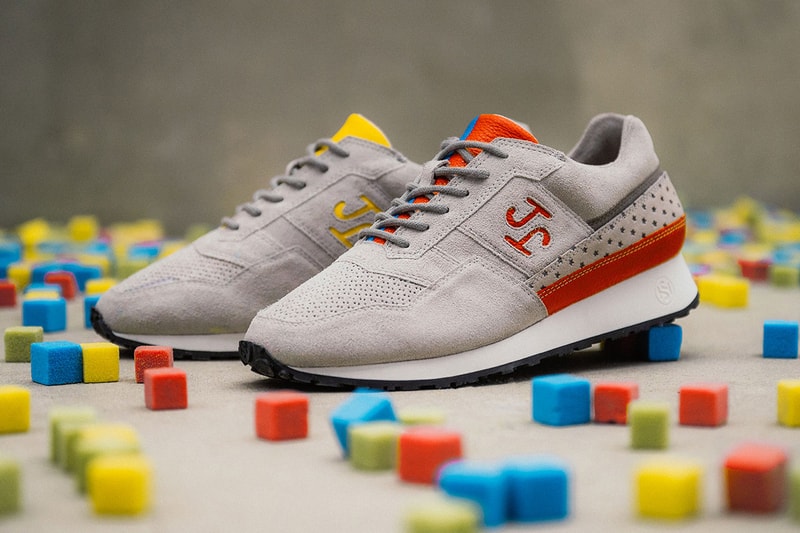 Hikmet Sugoer is an OG in sneaker culture, and in 2016 he set out to kick start his own footwear brand titled SONRA. Since starting this initiative, he’s been able to execute collaborative projects with the likes of DHL and Hanon, and now he’s extending this catalog with a SONRA Proto 3 team-up with eBay.”I have been using eBay for over 20 years”, Sugoer says. “Over the years I have made some contacts that have become friends. These friendships have really formed and a huge sneaker community has grown out of it. Therefore, it is obvious that now the new SONRA Proto 3 “eBay” is being released.”There are a barrage of playful elements to their desing. Most of the upper is fashioned with a buttery gray suede, but each shoe comes styled with colors borrowed from the multinational e-commerce corporation’s signature logo atop the tongues, lower heel overlays and the mid-foot logos. Star shapes are pasted to the rear end to symbolize eBay rating system, and the actual eBay logo adorns each heel.These are limited to only 150 pairs globally and can be purchased now via here.In case you missed it, the Nike Kobe 6 Protro “Mambacita Sweet 16” is set to be released through exclusive access on SNKRS. 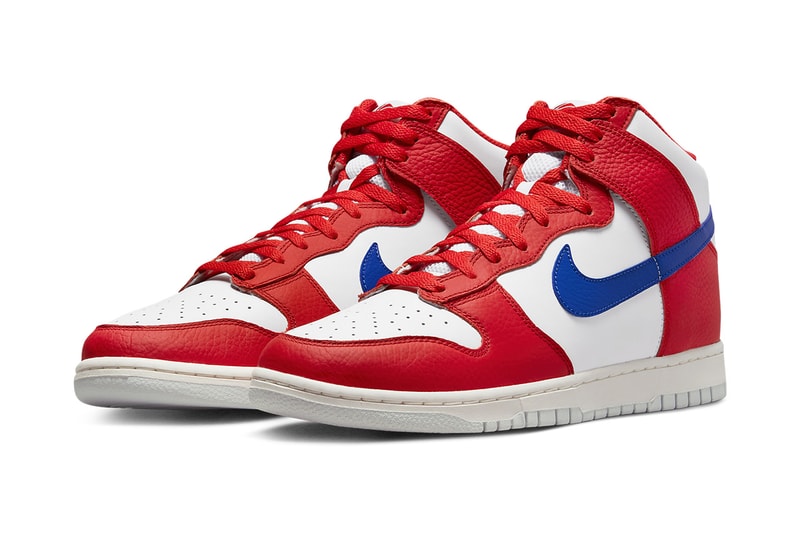 While the Dunk would never be seen on the soles of NBA players today due to a lack of responsive technology and performance-ready materials, it’s important to note that the model was initially introduced as a basketball offering when it debuted in 1985. And because of this, the sport will always be tied to the silhouette, and that’s certainly the case for this latest red, white and blue Nike Dunk High colorway.This forthcoming makeup is not officially tied to the Philadelphia 76ers, but given that its palette is closely resemblant of the team’s colors, the timing of its unveiling couldn’t have been more perfect as the Joel Embiid and James Harden-led squad just knocked out the Toronto Raptors in the first round of the 2022 playoffs. The patriotic ensemble is dominated by red and white hues, the former of which spills onto the tumbled leather overlays while the latter coats the toe boxes, collars and quarters. Blue hits drown the Swoosh logos and insole Sportswear logos, as well as the tongue branding which swaps out the usual Nike insignias for a basketball graphic.Be prepared for Nike to likely launch these in the coming weeks, and check them out in detail above.For other news, a Lakers-friendly Air Force 1 Low has appeared.