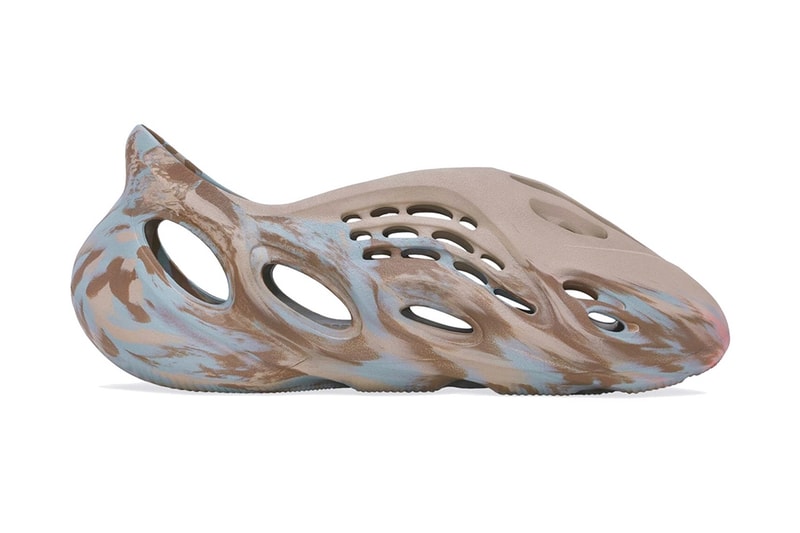 Since debuting back in June 2020, the YEEZY FOAM RNNR has proven to be one Kanye West’s most popular footwear offerings. It certainly was a silhouette that sparked many polarizing perspectives when it first surfaced back in 2019, but like many of Kanye’s shoe models, many folks eventually acquired a taste for them and they continue fly off the shelves with every drop. Up next for the clog-like sneaker is the adidas YEEZY FOAM RNNR “MX Sand” colorway that has now been unveiled via official imagery.The impending colorway is engineered with a blend of neutral tones and dusted accents. A majority of the EVA foam-infused model is fashioned with a sandy exterior, but it’s the marbled patterns that start from the heightened parts of the heel and gradually work their way down to the toe tips that steal the show. Most of the graphics are treated with muted brown and dusted baby blue hits, but smaller notes of pink also pop up towards the front for a sprinkle of vibrance. These very same patterns also adorn the outsoles in all-over fashion.If interested, you can find adidas and Yeezy Supply dropping these on December 11 for the standard MSRP of $80 USD.Looking for more sneaker news? Mr. West’s adidas Yeezy 1050 “Hi-Res” is also expected to drop in December. 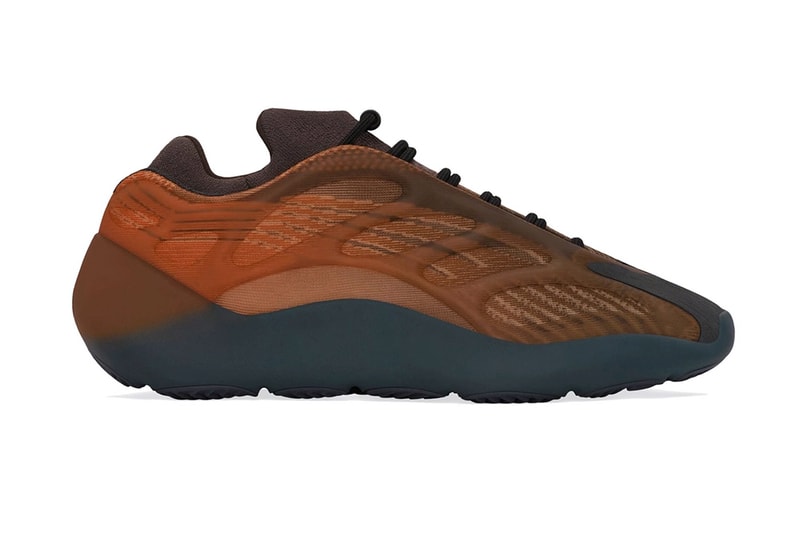 Now that the Thanksgiving holiday is in the rear view mirror, we can all now get excited about the Christmas season’s footwear drops. This year, Kanye West and adidas have several colorways to roll out during the season of giving, one being the adidas YEEZY 700 V3 “Copper Fade.” Leaks of the shoe first showed up back in October, but now we have an official look at the makeup.Ye’s forthcoming offering hones in the use of darker, earthy tones. Its nominal “Copper Fade” hue does most of the heavy lifting here as it wraps the PrimeKnit side panels and TPU cages in gradient fashion. It starts out with a brighter, more saturated appearance towards the heels and gradually becomes darker as you make your way towards the toe boxes. Dirt brown accents also come through on the upper as they pour onto the toe box overlays and ankle collars. Bottom sections are supplied with dark navy midsole units and come accented with dusted orange heel panel.Peep a detailed look at the pair here above, and expect them to release on December 10 via adidas and Yeezy Supply for the usual $200 USD.In other sneaker news, Kanye’s adidas Yeezy Boost 700 MNVN in “Resin” has also been revealed.