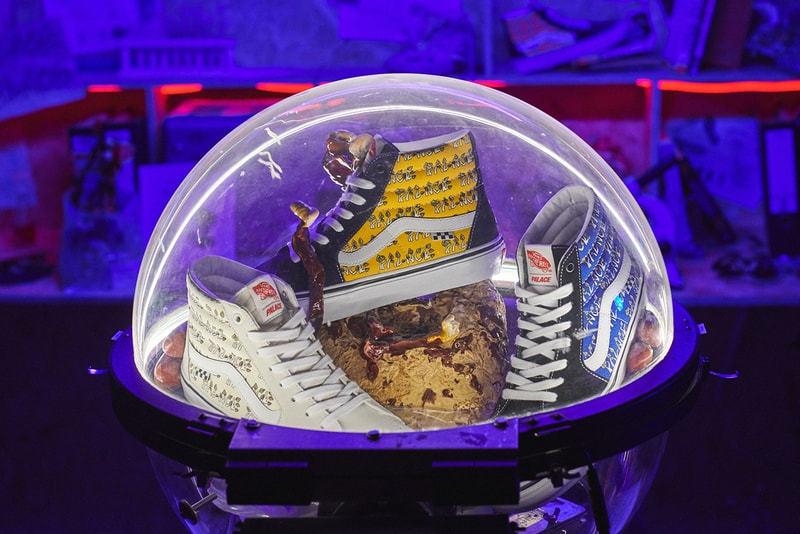 After collaborating for the first time earlier this year, Palace and Vans have reunited for a second collection. The new release focuses on the Sk8-Hi silhouette, and sees brand mascot Jeremy the Duck step aside for a different graphic approach.The classic skate silhouette arrives in three colorways, each of which is dressed in a mushroom print. Across uppers in “Black/Blue,” “Marshmallow” and “Yellow,” Palace’s name is spelled out in the fungi-inspired pattern, while each heel is also adorned with an embroidered mushroom logo. Each colorway is then finished with a checkerboard tag hanging off the jazz stripe, as well as a Palace and Vans co-branded tongue patch.Take a look at Palace’s latest Vans collaboration in the gallery above the campaign video. All three Sk8-Hi colorways are due to release on November 5 online and in store in London, New York and L.A., with a release in Tokyo and via WeChat a day later.For more Vans collaborations, refresh your memory of the brand’s recent link up with BAPE. 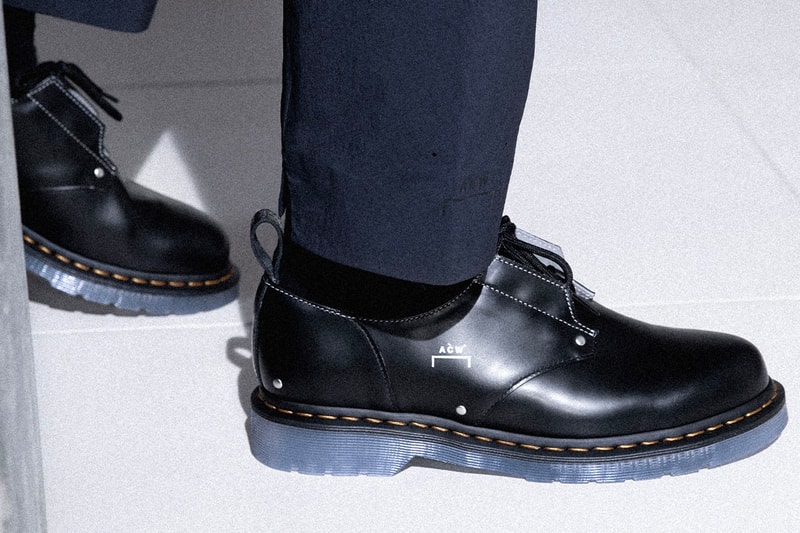 Samuel Ross’ A-COLD-WALL* and the British footwear brand Dr. Martens are back for their third team-up, this time around giving the 1461 Bex silhouette that it dropped in “Graphite” back in August a black makeover.In many ways, the upcoming pair is like a combination of the 1460 that it first released in July 2020 and the aforementioned 1461 Bex “Graphite.” It too features a split, folded tongue section, however updating the new black iteration is a set of laces as the “Graphite” pair only came with a zipper.However, the tongue section is locked to the upper using metal rivets and a heavy presence of top stitching, and elements such as the ACW* bracket logo also appear on the shoe’s upper — yet this time around, it’s printed onto the mid-panel, rather than being stamped on the rear-quarter heel section like the former 1461 Bex.Rounding out the shoe’s design is a sole unit that’s quintessentially Dr. Martens. Appearing in a semi-translucent clear rubber tone, the ribbed AirWair-equipped piece is contrasted with the brand’s iconic yellow double-welt stitching that runs along a black bumper.The A-COLD-WALL* x Dr. Martens 1461 Bex in black is set to release at 3 p.m. GMT (11 a.m. EDT) on November 4 on ACW’s website, before a wider release is set to come on November 6 on Dr. Martens’ online store. The pair will cost $230 USD.Elsewhere in the footwear world, check out the latest issue of Sole Mates. This time around, HYPEBEAST speaks with Eric “Shake” James about the adidas YEEZY BOOST 350 “Turtledove.” 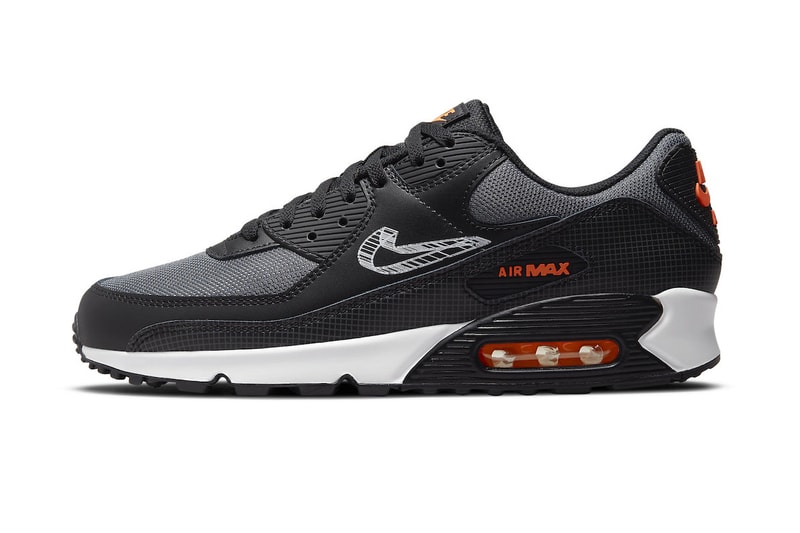 Nike is slated to drop a new iteration of the Air Max 90 featuring another play on its iconic Swoosh logo.This AM 90 iteration sees gray mesh on the upper, overlaid by black smooth leather across the mudguard and the sidewalls. To highlight the dark hues across the build, a grid pattern is presented at the quarters. Hits of orange can be seen at the branded areas such as the Nike tongue tag, insole, and the Air Max tag. The highlight of this Air Max is the embroidered 3D swooshes in white on both sides. A stark white midsole with a black Air Max unit atop a black rubber outsole completes the silhouette.Priced at $120, the new Nike Air Max 90 is ready to drop in the coming weeks at Nike.For more news from the Swoosh, Nike goes back to the basics With the Air Huarache “Off Noir.”