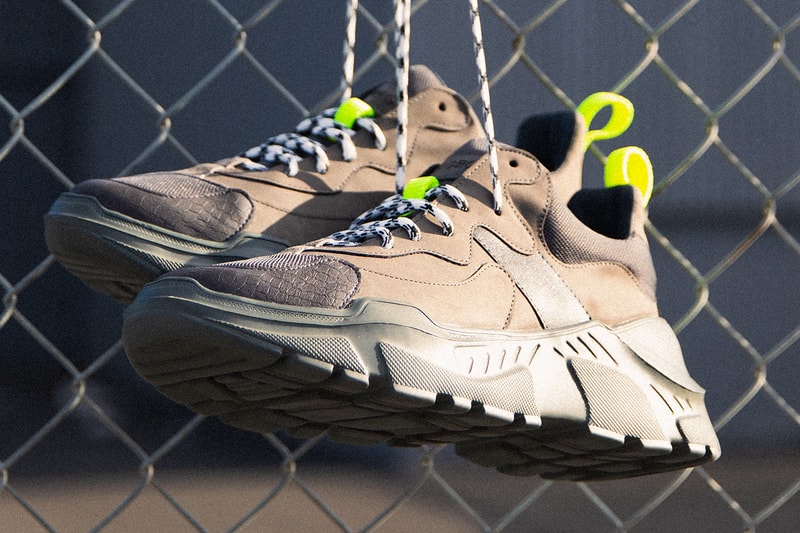 John Geiger has established his eponymous label as a footwear brand for those who like their style a bit left-field, with its GF-01 coming as a strong contender for a luxurious take on a classic style we all know and love. Continuing the luxurious theme is the label’s latest 003 colorway, “Lux Grey,” which doesn’t just take its name from the palette but also because of its elevated use of materials.The 003 has always adopted luscious materials well — need we remind you of this “Python” variant? Now, the style appears with an upper made from leather, suede, mesh, and python skin, cohesively coming together on a multi-shaded gray upper for an understated look.However, the label adds signature hits of “Volt” on components such as the lace lock and its oversized webbing heel tab, while a set of the two-tone rope laces rounds off things up top (alongside tongue branding, of course). As for the sole unit, “thick,” “sturdy” and “durable” have been used to describe this contemporary take on a chunky base. It’s angular and sculpted but extends at the rear and sides with a grid-effect on the wear touchpoints along the sidewall.John Geiger’s 003 “Lux Grey” is set to release today online at 12 p.m. EDT and will cost $320 USD. Expect the silhouette to sell out, if previous drops are anything to go by.In case you missed it, check out HYPEBEAST’s thoughts on the best (and worst) Travis Scott Nike collaborations. 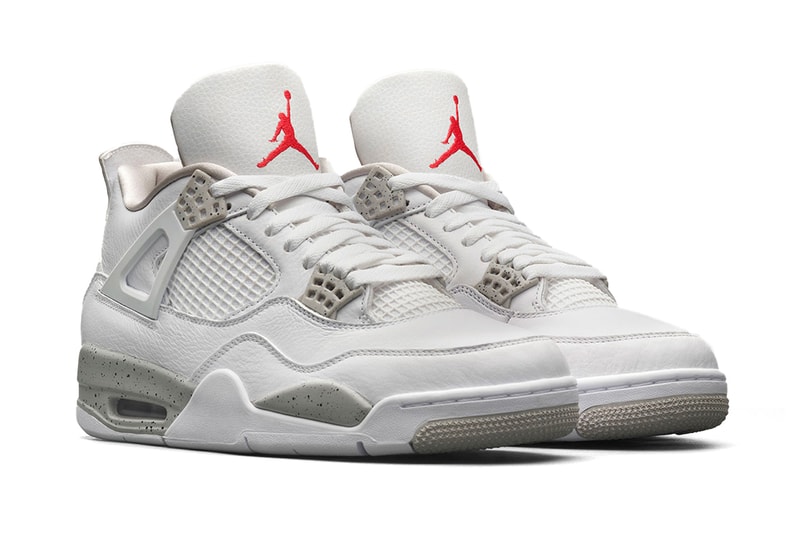 Following an official look, we now have a release date for the Air Jordan 4 “White Oreo.” Serving as Jordan Brand’s latest take on the AJ4, sure to be sought after look builds on the popularity of the beloved “Oreo” colorway.The shoe centers around a premium white tumbled leather upper complete with matching mesh and speckled “Cement Grey” hits on the eyelets and midsole. Branding elements come in the form of Jumpman logos at the tongue, heel, insole and outsole, along with a flipped “AIR JORDAN” badge at the back of the tongue. Rounding up the design of the shoe is a light gray sockliner, white sole unit paired the aforementioned speckled details, Air unit and gray rubber outsole segments.Priced at $190 USD, the Air Jordan 4 “White Oreo” 2021 is now set to drop June 19 in a full family size run.For more footwear news, the Nike LeBron 8 V2 Low “Miami Nights” is set to re-release. 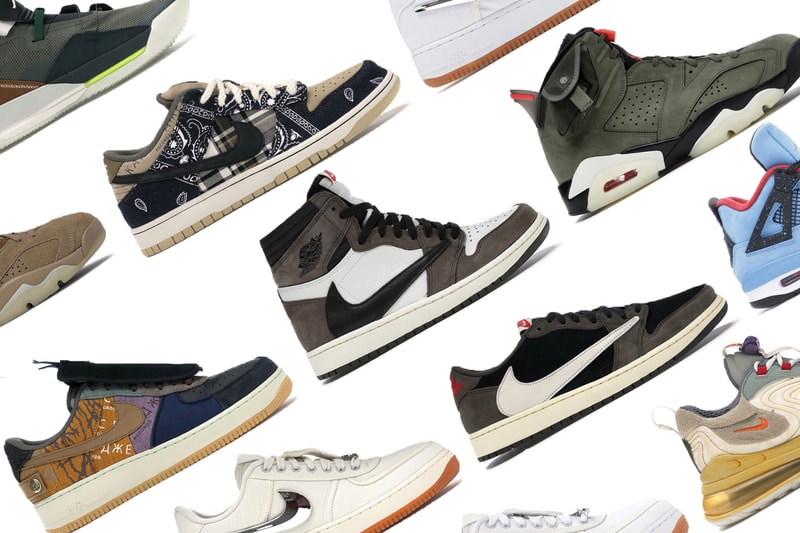